A bit more from the show 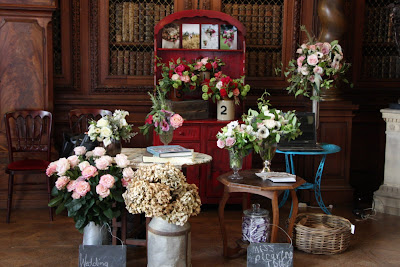 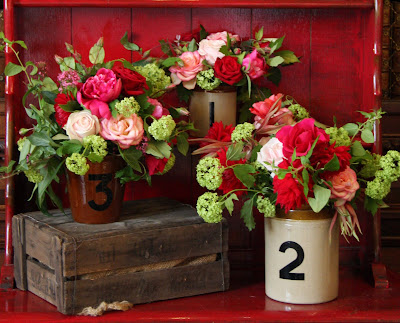 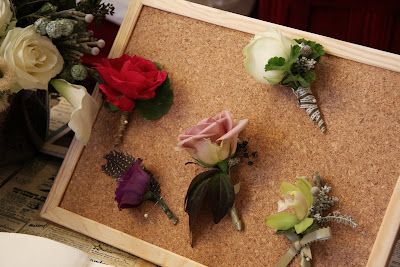 It was an early start, The Other Miss Pickering and I rendez-voused at the shop at 6, and loaded up an eclectic assortment of furniture and some flowers.
Later The Mother Hen arrived, and all was well.

It was a funny old day, buoyed up by strong coffee from Mr Reid, and Laduree macaroons from the beautiful people. I still had hair extensions in from a party for the Stamford Hen the night before. Britney Spears eat your heart out, but at least I wasn't wearing a shiny suit.....xxx

We met some lovely new brides, with exciting ideas and venues, and caught up with existing ones. We mingled with other vendors....even other florists, contrary to popular belief we all get on....well nearly all of us. Life is just too short, and there are plenty of brides to go around.

My apologises to the group of ladies who came to catch a glimpse and discover the identity of Mr Ferrari, he was doing boy things with The Hound.

p.s. the numbers on the old jars have caused quite a stir, they are simply wheelie bin numbers. Effective are they not? Woe betide anyone that uses those cast iron stands.

I want to get married again so I can have the numbers on the kilner jars!