The ultimate man to eat tuna carpaccio with 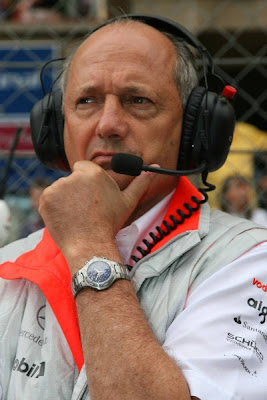 Mr Ron Dennis. The 2009 season won't be the same without the camera panning to see the delightful Mr Dennis at the pit wall. Martin Whitmarsh doesn't hold quite the same appeal.

Unveiled on Friday the Mp4-24, much prettier than that red one, and a sure fire Drivers and Constructors Champion car. There are still 65 days until the first race, so fear not back to photographs of flowers, weddings and other such delights until then. 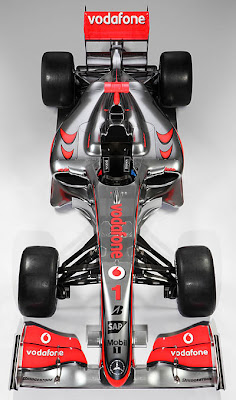 Today's post has been brought to you by a sprinkling of narcissism, a pair of high heeled Mary-Janes, Berocca, and has had the Soundtrack. It has also just dawned on me that in the whole of 2009 I have only had 2 gins.