The story of how The Hound came to be 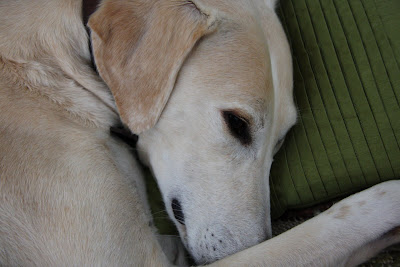 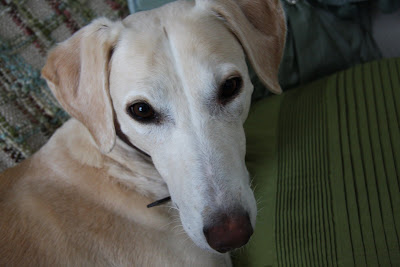 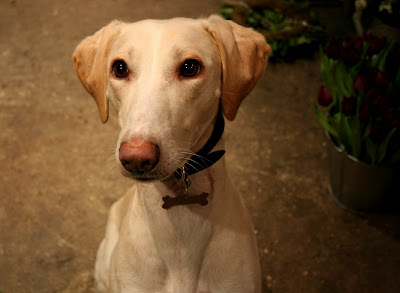 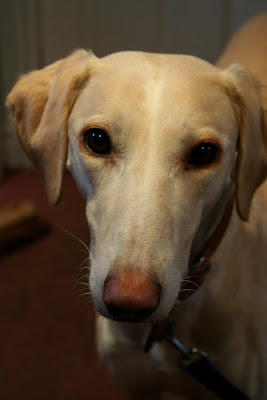 3 years ago today, I collected The Hound from 3 counties dog rescue. He ran into the house, up 2 flights of stairs jumped on the bed, and went to sleep. Later we walked round to Chez Mother Hen, she will recall watching me nearing the house with a skinny white dog on the end of a rope, he relieved himself on her cucumber plants. She was less than impressed.

The first 2 weeks were awful, he kept running away,I spent most of this time in tears, whilst he was blackballed by all of Stamford's dog walkers.
I bought a book that talked of pack leaders and how you needed to be assertive and show them who was boss, sit in their bed, pretend to eat form their bowl...I did all of this, I tried clicker training, all to no avail, and decided he had to go back, that we just weren't compatible. Then we bumped into somebody who had known him before, it became evident that his Houndini talents had led to him being in several dog's homes as one by one people had had enough.

This was all the information I needed, this time he was staying, besides I had spent a small fortune on beds, bowls and fancy collars, and after reading an article that owners morph into their dogs, was looking forward to becoming a lithe blond with a marvellous set of pins. He had also become quite adept at handtied bouquets and was progressing nicely with his buttonhole training.

He will still run off, it's just the way he is, but we have at least reached an understanding that he won't do it whilst we are in the middle of a wedding.
I am under no illusion as to who is boss, I run round feeding him roast chicken, ensure he has a soft enough bed, he has seen off several suitors, and encouraged one or two as well. He refuses to leave the house if the weatherman suggests it might be damp, he walks so elegantly he could have been a dressage horse, and the whole town of Stamford is besotted by him. He was the cause of Mr Ferrari falling in the river, and my nettle stung feet, he leaves a trail of blond fur wherever he goes, and would probably rather celebrate his birthday with a bottle of Jack Daniels and a cigar (he will be having a party, goodie bags, cucumber sandwiches and fairy cakes).

I can't imagine life without him.

Still plenty of time to enter the giveaway, thank you to all of those who have and all your lovely comments, I am quite touched. The Hound is not open to bribery.....x

Posted by Miss Pickering at 9:46 AM

He has been indeed a wonderful addition to the family, albeit after a very rocky start and many sighs of "what has she done getting that very troublesome dog". Most embarrassing moment was to be found in a large Rutland pet store, which the hound frequents (mostly to see whether one of the chinchillas would like to play with him!!!!), buying treats for said animal and declaring to the bemused shop assistant that I was the Grandmother of The Hound!! We all adore him and he has further ingratiated himself with me as he has allowed me to teach him a new trick.......what joy! I am indeed suitably honoured and have almost forgotten my horror at his novel way of watering my cucumber plants!!!!

that's just the loveliest story. and a happy ending for you both...so glad you stuck together. enjoy the celebrations! Xx

I share this experience with my four legged terror- Ranger. He eats all and anything I leave on the floor, including hypericum buerries that fall as I am trimming them, tortillas chips. dish soap bubbles and napkins. Though he gives my cat hell and sheds like mad, I cannot imagine life without him. Here's to all the Hounds!

What a beautiful story.
I really believe that our doggy friends we do not find - instead they find us. Life is funny that way. Meant to be I say.
Glad you both have each other!