My hands they were strong 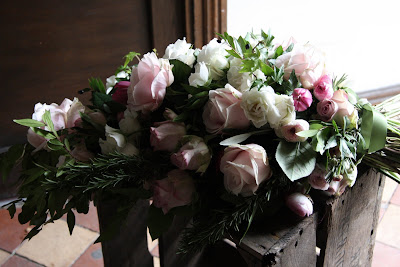 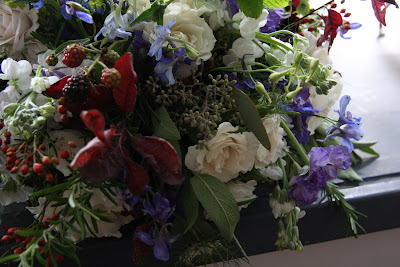 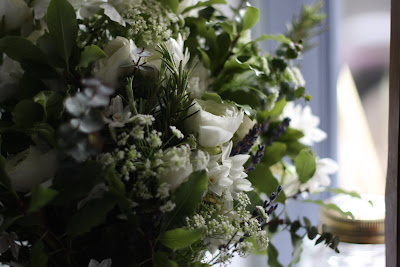 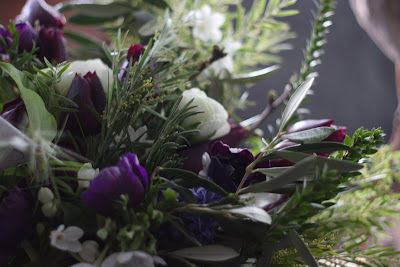 but my knees were far too weak, to stand in your arms without falling to your feet.

I didn't even the watch the Brits last night, but probably like the rest of the country have been listening to Adele this morning.

Funeral flowers don't get talked about that much. Magazines don't ring up asking for images, bloggers don't fight over who gets to blog them, up until last night i didn't even mention them on the website.

They used to scare me. Once a florist friend rang me and asked if i was going to market would i get her some massing xanths. It took a good few hours before i had the courage to ring her back and admit i had no idea what they were.I have never made a letter to spell out a family name, nor a teddy bear nor RAF wings out of memory foam,

and I never will, it's too far removed from what I spend the rest of my time doing, but i really appreciate the skill and work that goes into them.

Instead, tied arrangements of seasonal flowers, wild wreaths, garlands on whicker coffins, always with rosemary for remembrance, tied with raffia or ribbon.

The same florist rang today and asked if i had any Anastasia, and without pausing went on to describe them in case i didn't know what they were.

I did know. I didn't have any. We laughed.

Tomorrow, ideas for Mothering Sunday, it's the 18th March this year.
Posted by Miss Pickering at 12:43 PM

They're all beautiful, as always.

My friend has invented an app that manages your will, it also activates social media responses eg a last blog post or tweet. I want to include 'please order flowers from Miss P. .. if anyone gets Gerberas I will haunt you all'

we love funeral flowers,...any sort. the last thing you can do for someone....what were their favorite flower...their favorite colour....for an instant you get to know a little bit of a person you have never met...the last respect...lovely..x

My father always said, "Flowers are for living and loving. If you put flowers on my grave I will come back to haunt you..."
We put a bunch from the garden on his coffin but nothing more!

wonderful, a celebration of life should always include gorgeous flowers.