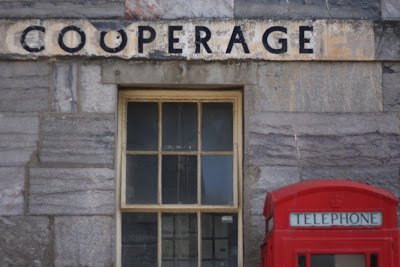 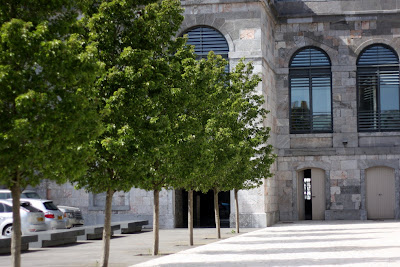 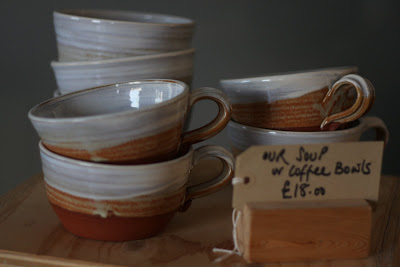 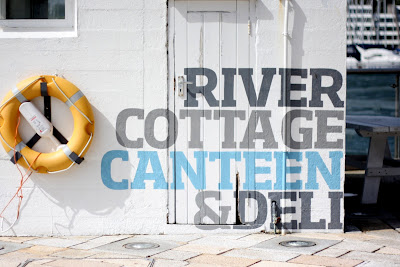 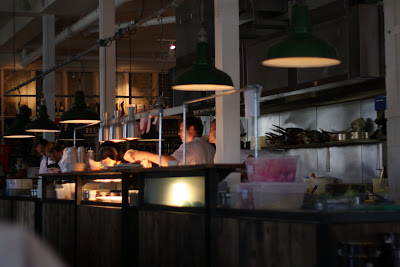 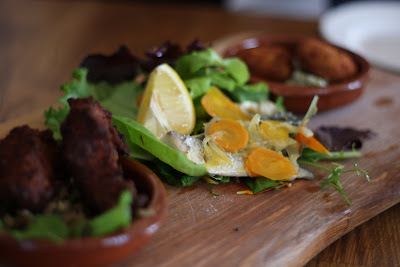 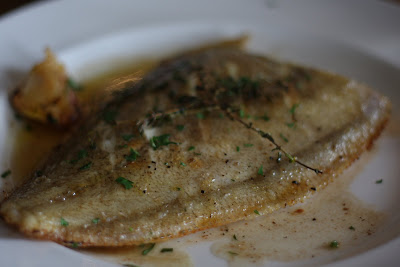 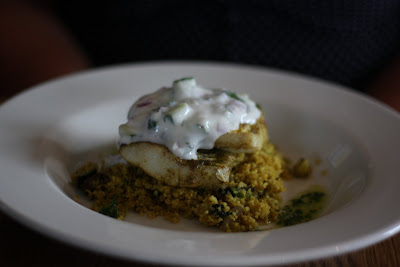 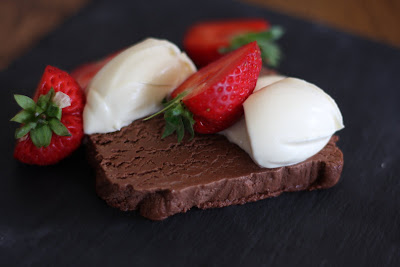 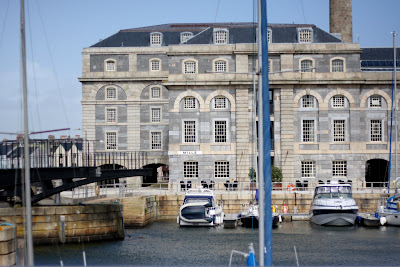 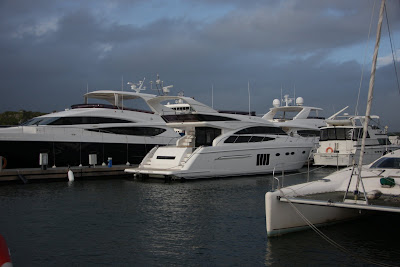 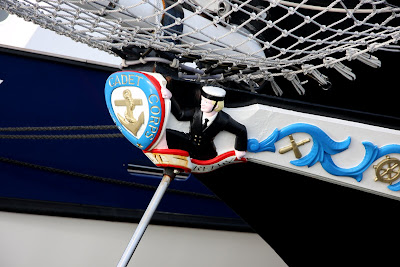 So glad the MOD didn't flatten it, evidently this was the plan. Instead it now plays host to swanky apartments and bars and bakeries and what have you.

I'd only seen it from the sea before, enormously imposing and rather austere looking from a distance, but i like the old signs and the trees and the River cottage canteen and the coffee bowls in the bakery.

I am kicking myself for not having bought some.

Instead we feasted on fish chez Mr Whathistall. Every bit as ecochichi as you would imagine, but with enormous integrity, and damn fine fish.

then later we feasted on scones, and jam and clotted cream. The scones The Mother Hen made from scratch  on the boat, on the hook, in the middle of the ocean.

and of course all debated the cream or jam first quandary.

no way...that's like putting blusher on before foundation. It's all about the Devon way of doing the cream tea

Caroline we were in Fowey, Cornwall though, is this excusable? Just to keep things in both stalls though, The Captain had cream first

I am Devonian and do genuinely prefer to do the Devon method of cream then jam but can appreciate the pros and cons of each; live and let live is my way :)

Ha, the eternal scone debate! I don't like butter on my scones, so I like cream on first then a blob of jam, but frankly I'll happily scarf them any which way!

Passed through Stamford (on a 7 hr journey with kids in the back,), rubbernecking madly for a glimpse of Miss P's! Wish we had had time to stop, what a gorgeous town. I was all ready to leap out and buy you a coffee and sticky bun to beat the afternoon slump but my clan were wailing for mileage! Sounds like you were on hols anyway. Another time.X

I'm with you, always jam first!

My husband works for the redeveloper at the Yard- it is my favourite place in Plymouth! Did you go to the little bakery there too for scones? It is best for breakfast!

Jam first. Obviously. What is this Devon nonsense?

Also, I really hope one of those super yachts was the Captain's boat or I will be sorely disappointed.

Definitely jam before cream, however anyway works at the moment as am dieting with only 5 weeks and 2 days left before the big day!

Dare I say it, I like them just plain with a cup of tea, bit like a biscuit.xxx