Of beehives and blisters 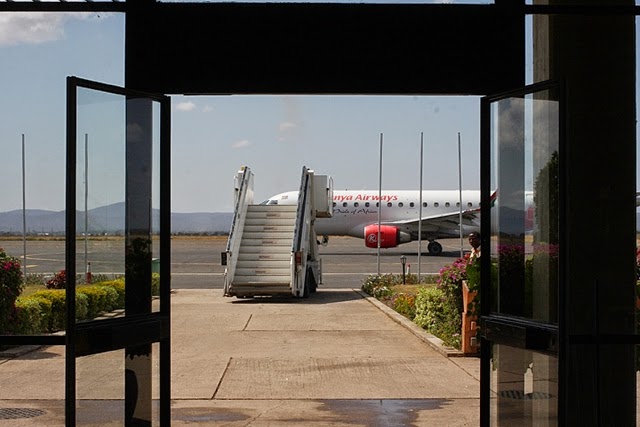 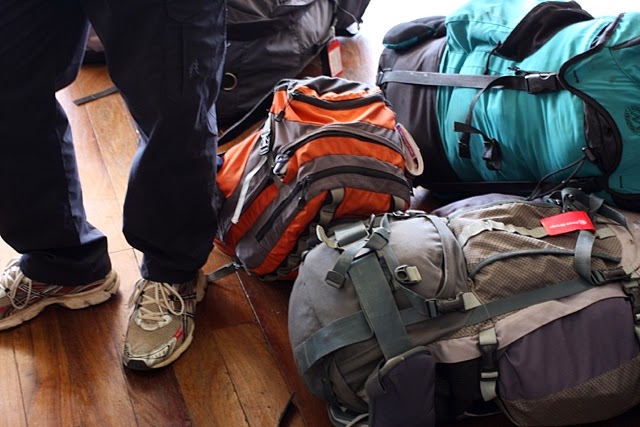 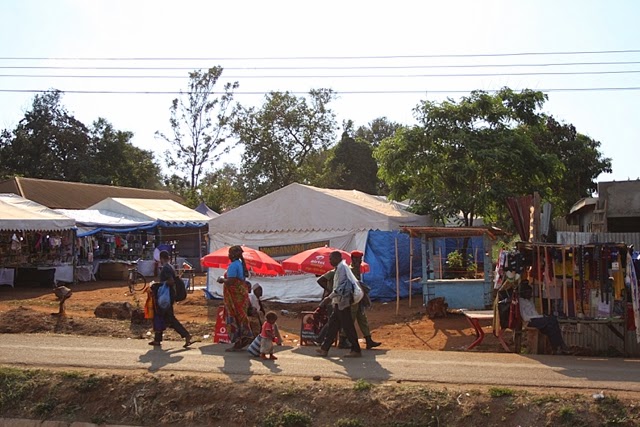 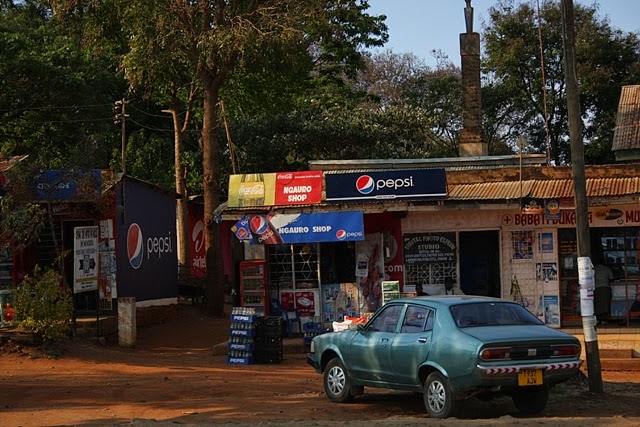 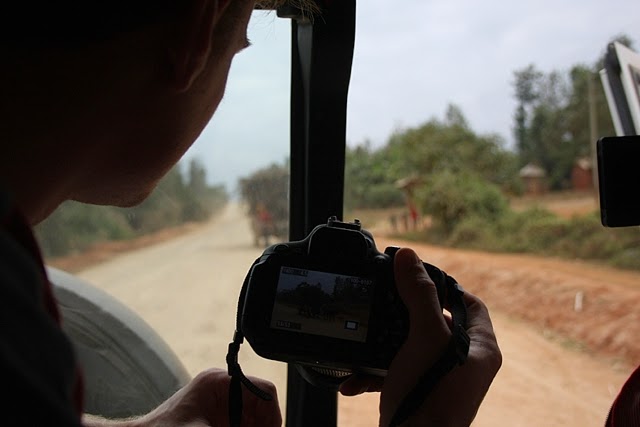 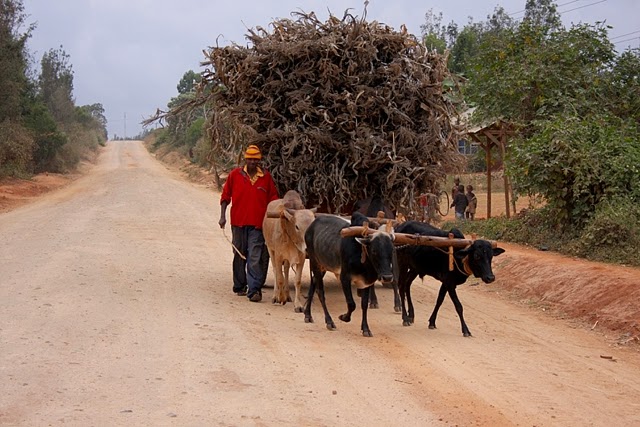 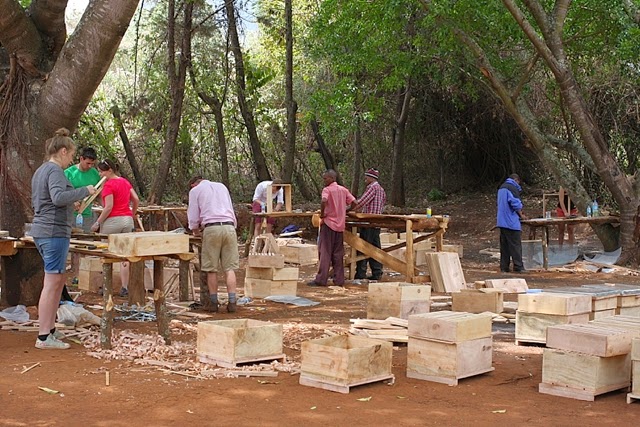 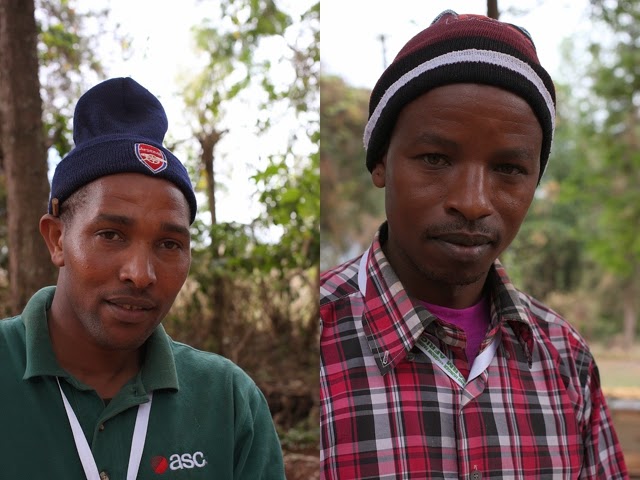 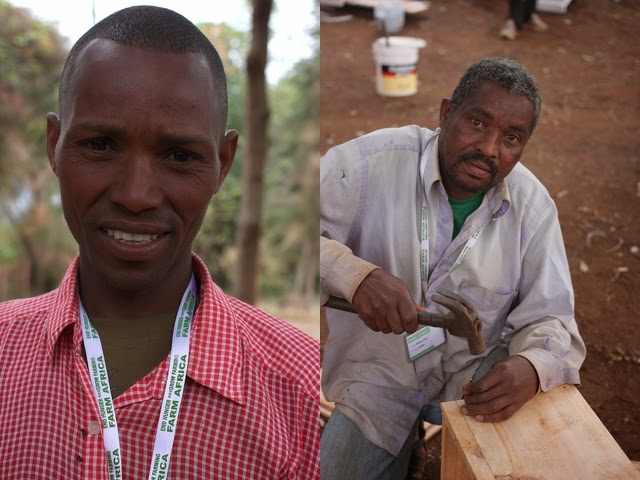 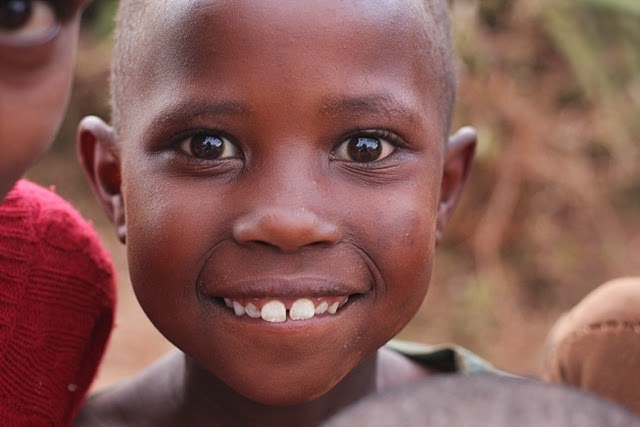 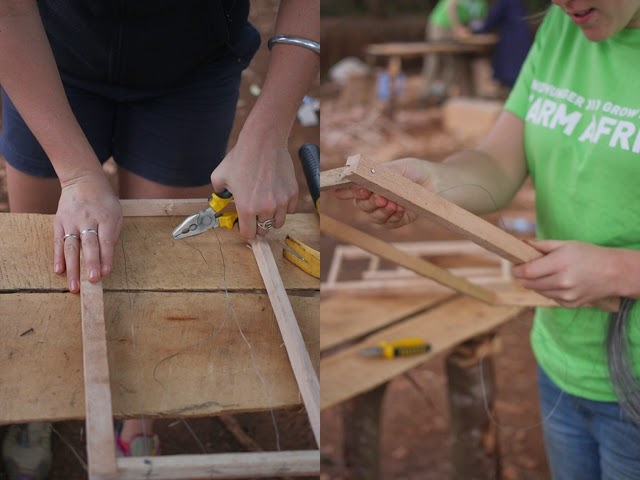 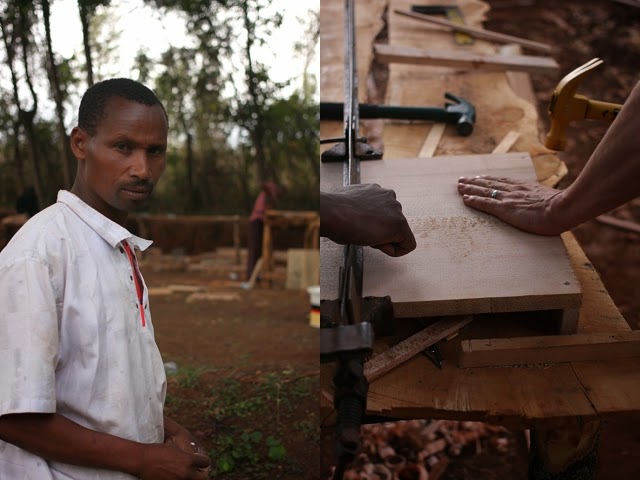 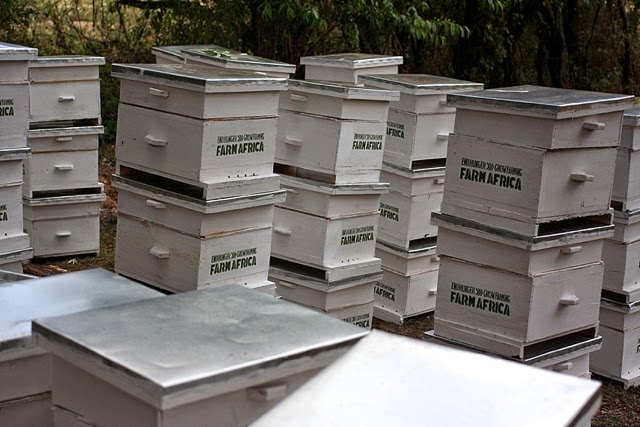 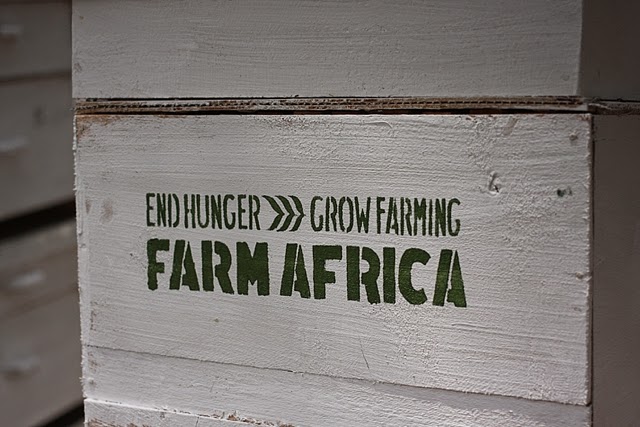 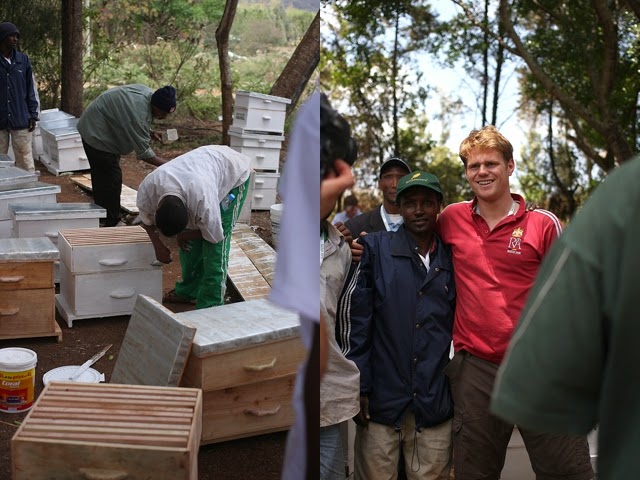 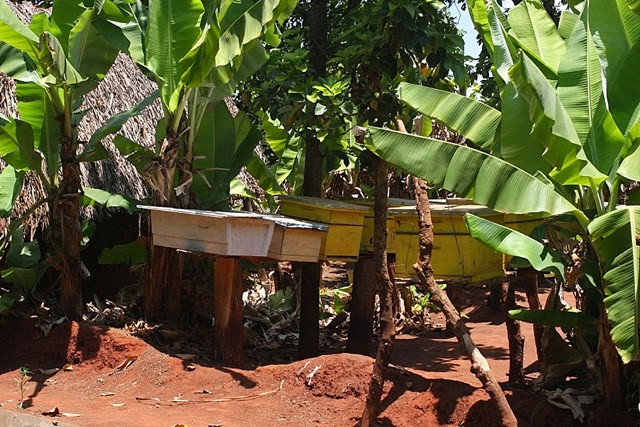 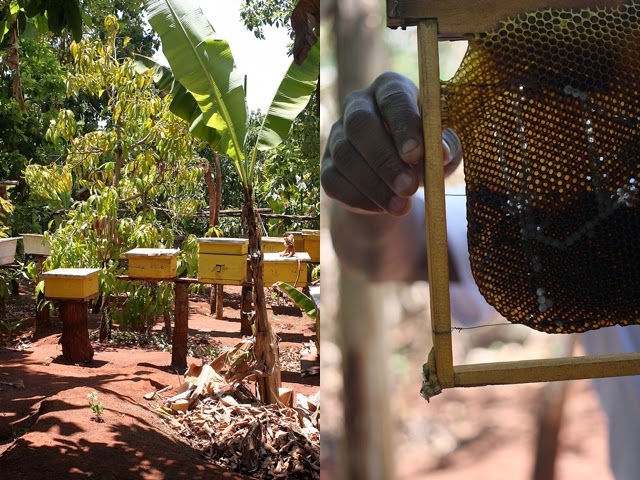 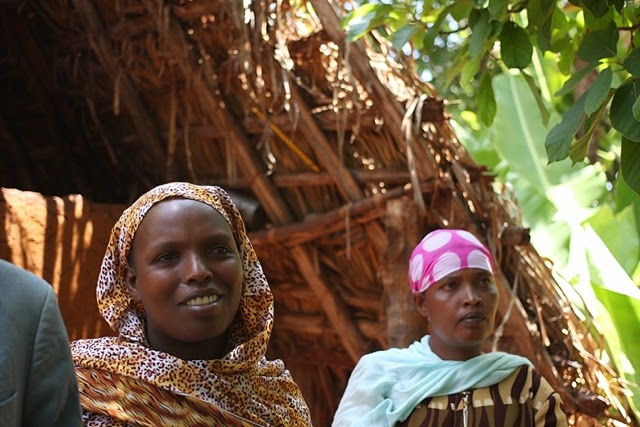 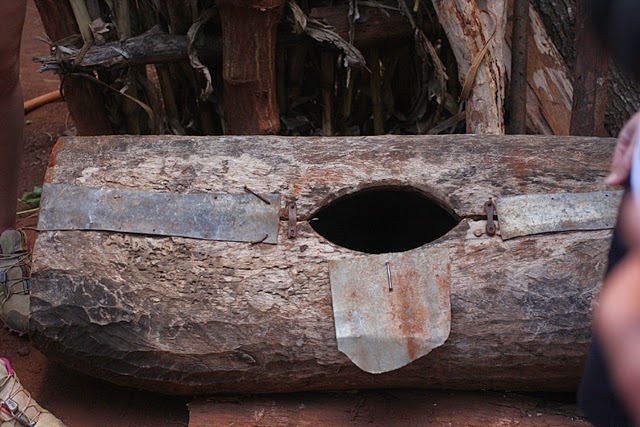 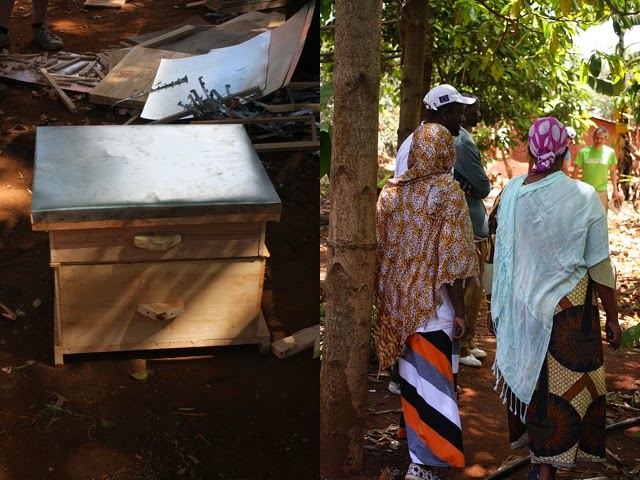 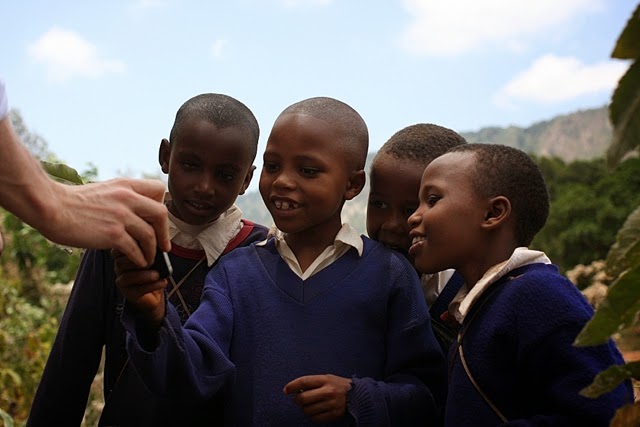 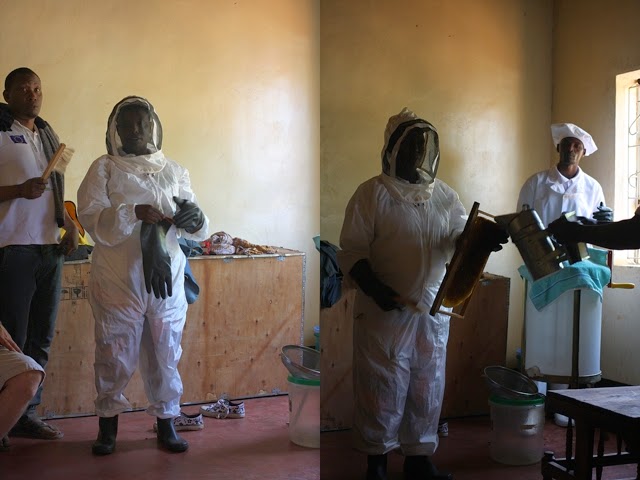 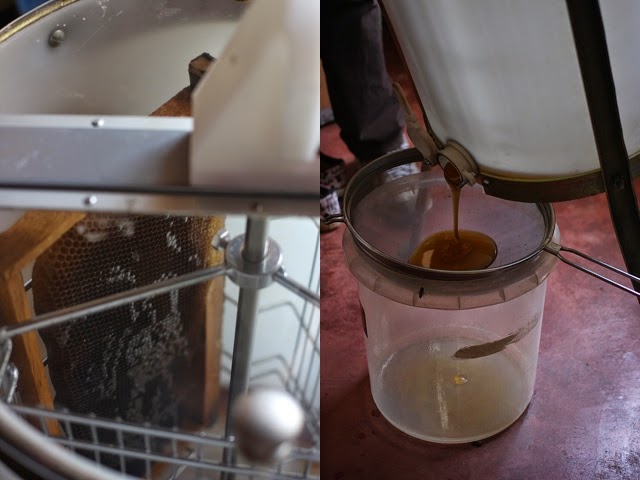 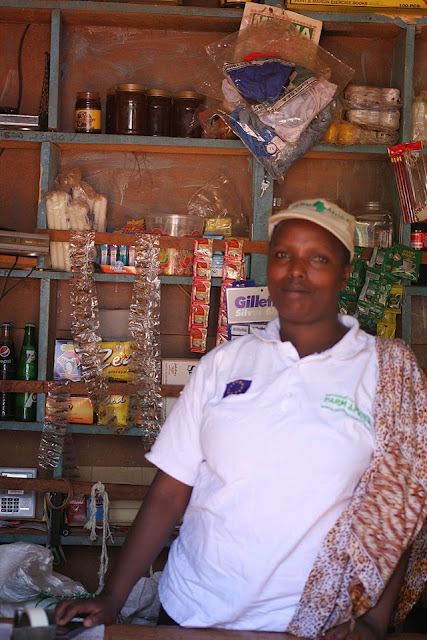 We landed at Kilimanjaro International airport at sometime on Monday morning.
The drive to Babati was one of contrasts, watch the video for a taste of it. Arid orange dust, the city of Arusha, herds of cattle, it has it all.

The following morning we met the farmers and carpenters we would be working with. We were introduced one by one, the farmers amongst us met with respectful nods, and then it was my turn.

Mapambo Mapambo was the translation and everybody fell about laughing. Which had me wondering what exactly Mapambo meant. Subsequently googled it - decoration.

We all paired up, i was to be working with Herman, Herman is the one with the blue shirt, and the look that says

and then i had a bit of meltdown, not a big one, just a quivering lip and the sensation of tears building up. I am as it turns out pretty bad at hammering. Give me a flat pack from Ikea with pre-drilled holes and an allen key, and i can knock you up a wardrobe, but pieces of wood, long nails and an old hammer and i'm all but useless. Useless is not something i am good at, as you get older you engineer your life to avoid things you don't do well, or is that just me? A further half hour of self indulgent self loathing ensued. Why on earth am i here? What use am i? Don't worry about it Herman, i'll just tweet a nice picture. Is being a florist actually any good to anyone?

and then we got to the frames, each beehive has 20 frames that must be made and threaded with strengthening wire. Threading wire? That i can do. By day 2 we had all discovered our strengths and started a production line.

We made 58 beehives. I suspect i had nearly 58 blisters. Seeing them all stacked together was an incredibly proud moment for us all. They were literally all filled with our sweat and my tears.

We had the chance to go and meet Lucia at her honey farm and see the influence Farm Africa had already had on a village. Hidden behind banana trees, was a honey farm. 72 beehives up and running. All that wiring finally made sense, to see the comb attached to the wires was wonderful. To meet Lucia even more so.

We had been told before we went that traditionally beekeeping was a mans' game, and having seen one of the old log hives, and tried to lift it, i can see why. These new hives mean that the honey can be harvested 3 times a year, and reused.

Lucia has expanded into retail. Her shop is next to the honey processing room. The honey is extracted in a centrifuge, and filtered before being jarred. Filter = massive kitchen sieve. Other honey farmers in the village use the room too. Some farmers might have just 2 or 3 hives, the money from the honey boosting the family income. The extra income allows their children to go to school. Primary education is free in Tanzania, but uniform and books need to be paid for.

Lucia sold jars of honey, candles, matches, snacks and pepsi. Pepsi and Coca-cola really are everywhere. I hope to go back to Babati next year, but with a better understanding of Swahili so we can have a good chat about the weird things that customers say and do….

Next up….. what happened when we took the beehives to the village of Endoji and details of a special Christmas flower school evening in aid of Farm Africa.

Also you can donate to fund more beehives here
Posted by Miss Pickering at 3:42 PM

Of COURSE we engineer our lives to avoid the things we're not good at, only a sadist (or some sort of Buddhist hippy) would do otherwise.

That you put yourself into such an alien situation is really big. Well done you.

You and your fellow workers are rock stars.

That took an incredible amount of courage going that far, both physically and emotionally, out of your comfort zone.

I was thinking to myself, how is Miss Pickering doing. Well... my God. What a surprise! I am proud of you. Fantastic adventures, incredible photographs. Well done. Wait until I tell the child
Angela x