It is a little hard to believe that just one week ago I was sitting on a plane heading back to the UK. The rather hideous journey was slightly improved by being seated next to a male model type from Orlando all wide eyed and excited about his 3 months of European travel ahead. I feared his Disney dollar would not last him that long, but didn't have the heart to shatter his young dreams.

The last few days in the US were lovely a trip to the New York Botanical Gardens and Meadowbrook Farm in Philadelphia. 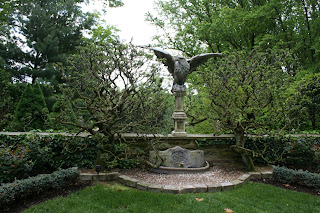 A spot of retail therapy resulted in the purchase of possibly the best cake tin in the world courtesy of Williams-Sonoma, and was probably the prime suspect in the excess baggage charge. It will be used to make The Hounds birthday cake, pictures to follow in July! 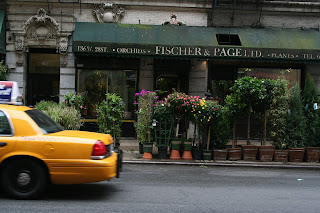 The New York flower district on West 28th Street, is a sight to behold, the sundries and prop shops were fantastic, and new suppliers earmarked. A sizeable sum was spent on ribbon, and is now proudly displayed in the shop. 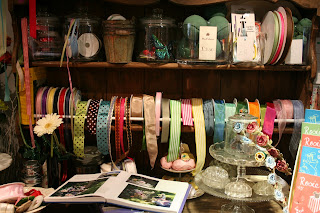 Picked up from Heathrow by the other Miss Pickering (huge thanks) it was straight to get The Hound. Looking much smaller, and with a blacker rather than pinker nose I was at first a little concerned they had lost him and found a similar one to replace him rather like parents do with goldfish or guinea pigs. Actually this observation is based purely on films, as I have neither owned or wanted to own fish or small rodents, definitely a case of dogs, cats and horses need only apply in my childhood. Judging by the way The Hound (or imposter) ran straight to my bed and has actually yet to move - I can only assume the change in shape is due to the loss of the winter coat, yet the colour of the nose remains a mystery - answers on a postcard please.

Posted by Miss Pickering at 8:30 PM