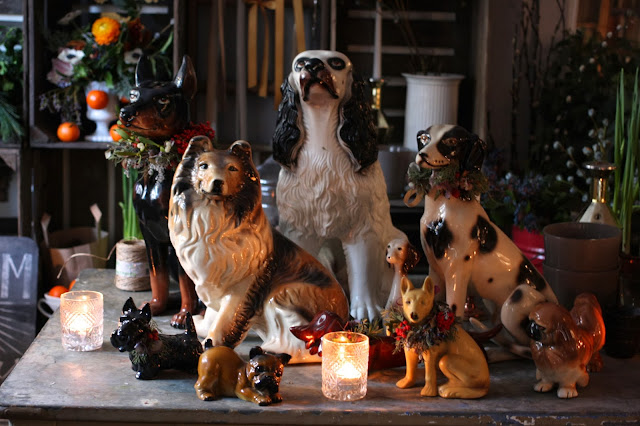 As it turned out we weren't in The Mail on Sunday.

I spent most of Sunday thinking we had been dropped, and that it was Grazia magazine all over again, and was forever to be known as the girl that cried press.

and then i opened for the Christmas festival in town, and people came and said things like

"ere have you seen how much these f***ing wreaths are? I reckon i could make one of those for a couple of quid"

in my head, obvs.

The festival attracts a different crowd.

Successful day all round really.

Yesterday i found out we had been moved, because they wanted to put the feature over more pages. Next weekend they said.

and now i don't know if next weekend means this weekend, or the one after.

I will keep you posted.

Also Lotte and I are doing the December photo project again. hashtag i phone only.

Did you have good weekending?

This made me guffaw out loud. I'd like to see them f**king try too. Same thing every year. I wish you had said it out loud actually.

have a gin and tell them to go to tescos for a band of straw and two sprigs of spruce for 20 quid.....that'll learn them..xx

Loving the dogs. So excited when I opened my You mag so cross when you weren't there! Looking forward to next week now.
People are idiots!

Just a thought on the nasty customer front...we had a friend that had a dog, that when we visited country fairs and horse trials ( namely one not to far from you) he had a terrible habit of discreetly cocking his leg on other people's legs..( thats the dog not the friend) but never once getting caught by the poor recipient. Just an idea, perhaps you could teach the hound to may be, possible do the very same thing...of course only with the most troublesome of customers...quite naughty but definitely deserving of such a deed when they dare to enter your shop and then criticise....grrrrrrr customers ( ekks can you tell I once had a shop too!)
Kind regards Emma
P.s love the blog, such a giggle and full of inspiration

Please let us know I only bought it to see you in YOU. I have a log burner so the rest came in useful Ha Ha x

I wish I could say things inside my head...

My friends are all terribly impressed to see my card within the YOU photos. Many thanks.

If I met you in the street I would never recognise you from the last Mail article!

Kisses to the Hound
x